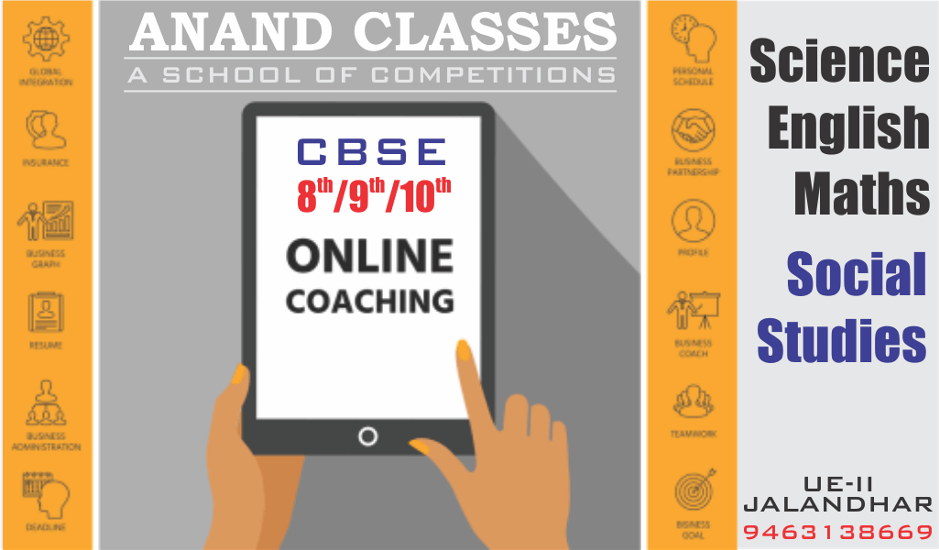 At ANAND CLASSES Coaching Institute, we constantly strive to improve our teaching methodology, study material and classroom assignments. The Course Methodology is dynamic as it takes into account the changes that we notice in the pattern of the examination.

RMO - The Mathematical Olympiad Programme in India, which leads to participation of Indian students in the International Mathematical Olympiad (IMO) is organized by the Homi Bhabha Centre for Science Education (HBCSE) on behalf of the National Board for Higher Mathematics (NBHM) of the Department of Atomic Energy (DAE), Government of India. This programme is one of the major initiatives undertaken by the NBHM. Its main purpose is to spot mathematical talent among pre-university students in the country.

Qualification and Eligibility Criteria for the Second Stage

The RMO is a 3-hour written test with 6 or 7 problems. On the basis of the performance in RMO, a certain number of students from each region is selected for Stage 2 (INMO).

The syllabus for Mathematical Olympiad (regional, national and international) is pre-degree college mathematics. The areas covered are arithmetic of integers, geometry, quadratic equations and expressions, trigonometry, co-ordinate geometry, system of linear equations, permutations and combination, factorisation of polynomial, inequalities, elementary combinatorics, probability theory and number theory, finite series and complex numbers and elementary graph theory. The syllabus does not include calculus and statistics. The major areas from which problems are given are number theory, geometry, algebra and combinatorics. The syllabus is in a sense spread over Class XI to Class XII levels, but the problems under each topic involve high level of difficulty and sophistication. The difficulty level increases from RMO to INMO to IMO.