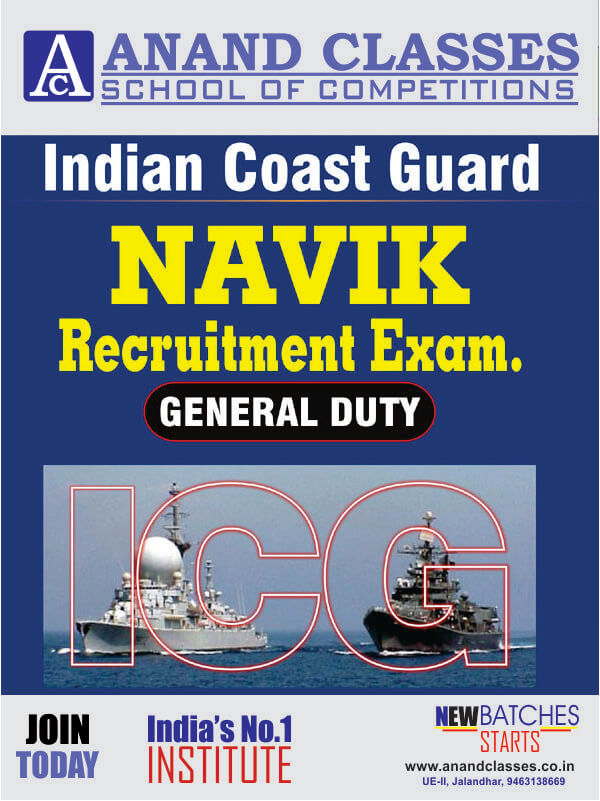 Fresh batches for Coast Guard Exam are going to start. ANAND CLASSES Coaching Institute is the only well known coaching institute in Jalandhar that provides coaching for Coast Guard Exam. At ANAND CLASSES Coaching Institute, we constantly strive to improve our teaching methodology, study material and classroom assignments. The Course Methodology is dynamic as it takes into account the changes that we notice in the pattern of the examination.

During the seventies a pressing need was felt for the protection of our offshore assets. There was also a requirement of ensuring Maritime Laws in our waters. Furthermore, during the early seventies large scale seaborne smuggling was reported.

An Inter-Ministerial Committee called RUSTOMJI COMMITTEE was set up in September 1974 to examine the requirement and type of force that was needed for safeguarding our national interests in the EEZ. This committee recommended to the Government that there was a need for the formation of a force called the COAST GUARD.

With the enactment of the Maritime Zone Act in 1976, the EEZ range was extended upto 200 nm from the coastal line of India, thereby increasing the area to be guarded to approximately 20,00,000 sq km.