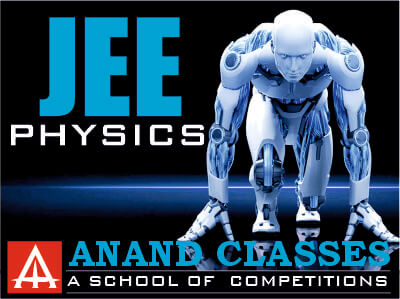 Today’s, students face the toughest level of competition. The main reason is mostly the neck-to-neck competition between the sharpest minds in the country for acquiring admission in premier educational institutions like IITs and NITs.

For these competitions, it is not enough for you to be good, you need to be the best. ANAND CLASSES helps you to make your talent and stay focused on your goals.

The best way to crack any exam is consistent, balanced and well-paced study. We include this discipline with regular classes spanning all relevant topics making it impossible for you to ignore the important but your fewer favorite topics.

Er Neeraj Anand is highly experienced teacher whose life objective is to see you do well. We are committed to transform our students into a developed personality – prepared to face not only competitive examinations but also carve the niche of their respective career paths confidently.

NTA conducts the Joint Entrance Exam (JEE) to enroll in top engineering colleges of India like IITs and NITs.

Physics IIT JEE Study Materials are designed by our highly experienced physics faculty experts who have put tremendous efforts and devoted a lot of their energy and time in preparing well-structured study material for Physics IIT JEE covering all the important facts, formulas, and concepts included in your exam syllabus.

IIT JEE Physics Study Materials for JEE Mains & Advanced have been prepared with an objective of an overall evolution of students’ concepts in a manner that the students understand all the theorems, formulas, and derivations quite effectively by linking them with their practical applications and illustrating effectively solved problems in the simplest possible ways.

ANAND CLASSES “HELP” is a programme designed to achieve the three cardinal principles of Education Policy viz., access, equity and quality. The objective of this effort is to take the best teaching learning resources to all, including the most disadvantaged. HELP seeks to bridge the digital divide for students who have hitherto remained untouched by the digital revolution and have not been able to join the mainstream of the knowledge economy.

What is Electromagnetic Induction?

Electromagnetic Induction was discovered by Michael Faraday in 1831, and James Clerk Maxwell mathematically described it as Faraday’s law of induction.

Electromagnetic Induction is a current produced because of emf (electromotive force)  or voltage production due to a changing magnetic field.

As per the setup given below, Michael Faraday arranged a conducting wire attached to a device to measure the voltage across the circuit. When a bar magnet is moved through the coiling, the voltage detector measures the voltage in the circuit.

The following factors that influence this voltage production. They are:

Based on his experiments we now have Faraday’s law according to which the amount of voltage induced in a coil is proportional to the number of turns of the coil and the rate of changing magnetic field.

Mathematically, the induced voltage can be given by the following relation:

The significance of this discovery is a way of producing electrical energy in a circuit by using magnetic fields and not just batteries. Everyday machines like motors, generators and transformers work on the principle of electromagnetic induction.

Electromagnetic Induction was discovered by Michael Faraday in 1831.

Electromagnetic Induction is a current produced because of voltage production (electromotive force) due to change in magnetic field.

What is the significance of Electromagnetic Induction?

The significance of Electromagnetic Induction is a way of producing electrical energy in a circuit by using changing magnetic fields and not just batteries.

What are the applications of Electromagnetic Induction?

Which machines work on the principle of Electromagnetic Induction?

Machines like motors, generators and transformers work on the principle of electromagnetic induction.

Coaching for Physics in Jalandhar