Quantum numbers can be used to describe the trajectory and the movement of an electron in an atom. The quantum numbers of all the electrons in a given atom, when combined, must comply with the Schrodinger equation.

What are Quantum Numbers?

The values of the conserved quantities of a quantum system are given by quantum numbers. Electronic quantum numbers (the quantum numbers describing electrons) can be defined as a group of numerical values which provide solutions that are acceptable by the Schrodinger wave equation for hydrogen atoms.

Four quantum numbers can be used to completely describe all the attributes of a given electron belonging to an atom, these are:

The Four Quantum Numbers that Describe an Electron

The allowed subshells under different combinations of ‘n’ and ‘l’ are listed above. It can be understood that the ‘2d’ orbital cannot exist since the value of ‘l’ is always less than that of ‘n’.

The total number of orbitals in a subshell and the orientation of these orbitals are determined by the magnetic quantum number. It is denoted by the symbol ‘ml’. This number yields the projection of the angular momentum corresponding to the orbital along a given axis. 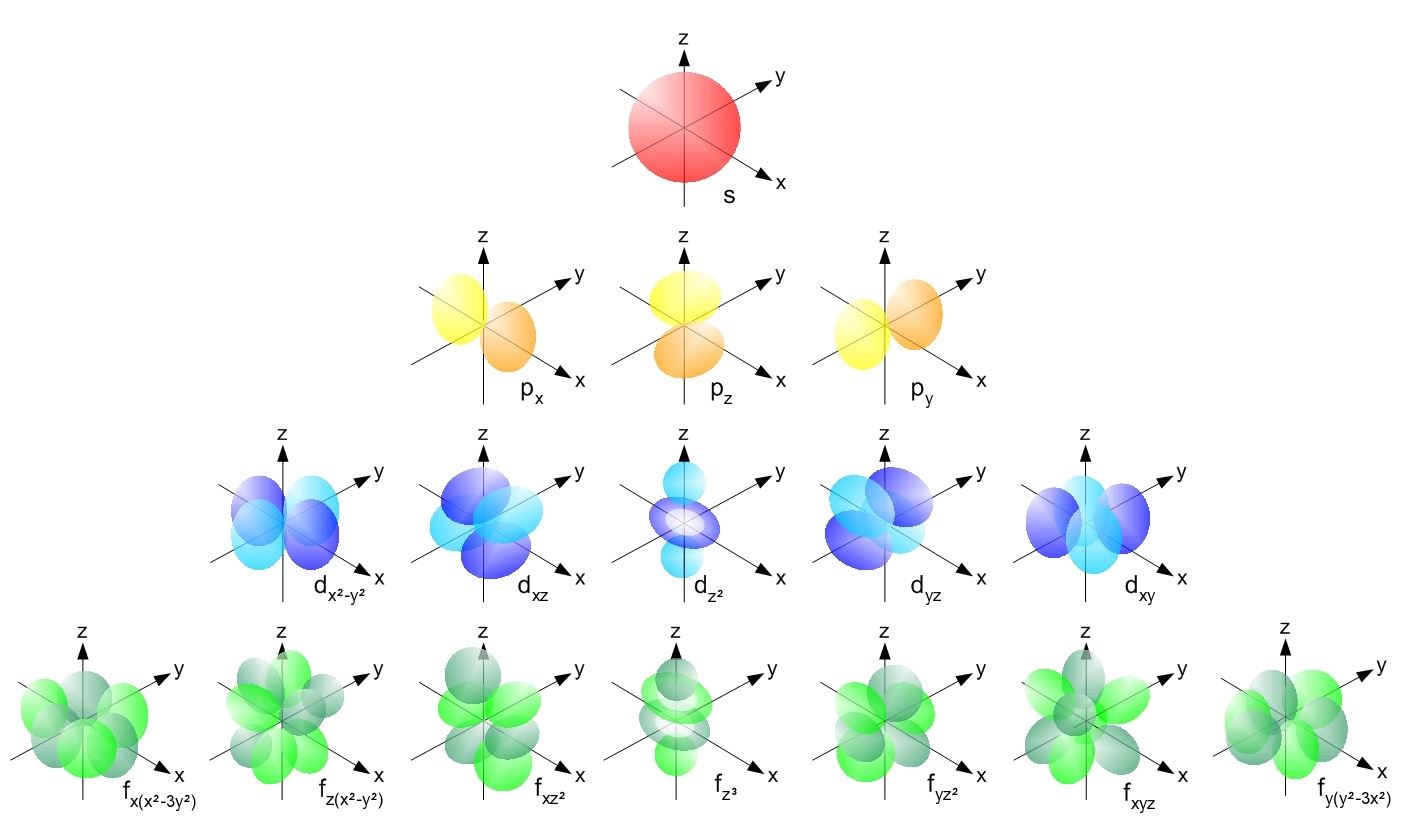 Shapes of Orbitals (as per the corresponding Quantum Numbers)

In order to simplify the details of the four different quantum numbers that are related to atomic physics, a tabular column detailing their names, symbols, meanings, and possible values is provided below.

What are the Possible Subshells when n = 4? How Many Orbitals are Contained by Each of these Subshells?

What are the Possible ml values for l = 4?

Who proposed the principal quantum number?

The notion of energy levels and notation has been taken from the atom ‘s earlier Bohr model. Schrodinger ‘s equation evolved the concept from a two-dimensional flat Bohr atom to a three-dimensional model for wave motion. Where n = 1 , 2 , 3 is called the main quantity, and h is the constant of Planck.

Why are there only 8 electrons in the outer shell?

The stability of an atom ‘s eight-electrons derives from the stability of the noble gases or the elder term of inert gases, also known as unreactive or noble gases. This law, however, is justified in the periodic table for second row elements whose outermost-shell capacity is 8 electrons.

How do you find the principal quantum number?

What are the principal energy levels?

In chemistry, an electron’s primary energy level refers to the shell or orbital in which the electron resides relative to the nucleus of the atom. The principal quantum number n denotes this level. Within a time of the periodic table the first element introduces a new key energy level.

Which energy level has the least energy?

What is Quantum Energy?

Quantum, in mechanics, of energy, charge, angular momentum, or other physical property, discrete natural unit, or bundle. Photons, a concept often applied to quanta with other sources of electromagnetic radiation such as X rays and gamma rays, are certain particle-like packets of light.

What is magnetic Polarisation?

The vector field that represents the density of permanent or induced magnetic dipole moments in a magnetic medium is magnetization or magnetic polarisation in classical electromagnetism. A pseudovector M is represented.

What is the spin of an electron?

A quantum property of electrons is electron spin. It is an angular momentum shape. Instructors also equate electron spin to the planet rotating on its own axis every 24 hours as a teaching technique. If the electron spins on its axis clockwise, it is known as spin-up; spin-down is counterclockwise.

To learn more about quantum numbers and their uses in writing electron configurations, download the ANAND CLASSES mobile application on your smartphone.

What is Oxygen? (O) – Element Information, Properties & Uses with Videos

Your Complete Guide to Photography